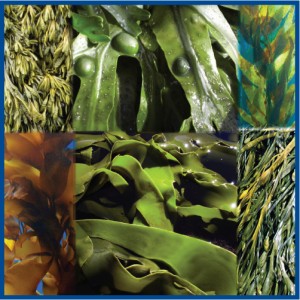 "The Anarem Report by the US Department of Agriculture surveyed 21,500 people in 1982 and found not one of them consumed 100% of the recommended daily allowance (RDA) of vitamins and minerals.”

U.S. Senate Document #264 states, “99% of the American people are deficient in minerals and deficiency in any one of the more important minerals actually results in disease.”

Today our foods are loaded with chemicals and preservatives, and our soils are so depleted of nutrients that our foods are nutrient poor. We must get our food from sea vegetables if we desire nutrient-rich, chemical-free whole foods as nature intended. 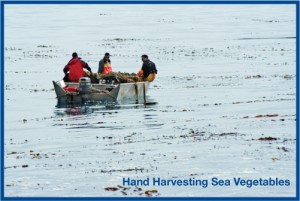 Dr. SeaSeven is a Vegan Superfood, from a blend of 7 wild-harvested sea vegetables. Dr. SeaSeven is harvested from the coldest waters from around the world in their region of origin.

Ascophyllum Nodosum, is a large, common brown sea vegetable from the northern Atlantic Ocean, also known as Norwegian Kelp, Knotted Kelp or Knotted Wrack. Chemical and nutritional analyses indicate that it contains vitamins such as thiamine, folic acid and vitamin C, and amino acids and minerals such as sodium, potassium, calcium, iron and iodine, according to the Journal of Nutrition.

Chondrus Crispus, known under the common name Irish Moss or Carrageen Moss, is a species of red sea vegetables which grows abundantly along the Northern Atlantic coastline. It is rich in iodine and sulfur.

Fucus Evanescens is an Arctic species, originating in the North Atlantic. As with other brown sea vegetables, it is very high in magnesium and high in protein, vitamin A, iodine, bromine and phosphorous. It also contains vitamin C, vitamin K, vitamin E and an extensive list of minerals such as potassium, calcium, sodium, sulfur, chloride, silicon, iron, manganese, copper, zinc, titanium and trace elements.

Laminaria is a genus of 31 species of large, brown sea vegetables, all sharing the common name of Kelp. Aside from its high vitamin B-12 and mineral content, Kelp has strong anticarcinogenic properties. Also, the sodium alginate in Kelp has been shown to reduce the body’s absorption of radiation.

Porphyra may be the most domesticated marine sea vegetable, also known as laver, or nori. Containing more vitamin C than oranges and minerals that include manganese, copper and selenium, it is particularly high in trace elements such as zinc.

Ulva Lactuca, a bright green sea vegetable in the division Chlorophyta, is also known by the common name Sea Lettuce. It is high in protein and a variety of vitamins (A, B1, C) and minerals (potassium, magnesium, calcium) especially iron.